Fact check: turn to the dictionary 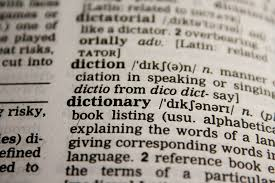