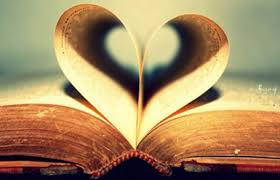 ‘I like Putin’, a tonged-straight-haired platinum blonde declared. We were standing in a long queue to make a pitch to a publisher. Mine was about Russia and history and houses.

The blonde had a card. On one side was the cover of her book — the back of a naked woman with a horse tattoo, her arms tightly bound; on the other side was a quote from her racy novel about bondage and a picture of a red stiletto shoe. I didn’t have more than my normal business card. ‘For an older guy he’s pretty hot’, she continued.

The girl in front of us — her bangs ended in a purplish hue — raised an eyebrow. I said that Putin did feature in my story but not as a sexy dude. The girl gave me an approving glance. In her millennial- American-TV accent, she told me about her book, a young adult fantasy, and about her potential market. She seemed to know a lot. Even so, she said she’d fluffed her second interview. At least the first, with one of the YA editors, had gone well.

In front of her was the youngest man in the room, suave, chic. He had a card, also featuring the name of his book. And he was counting. With 27 minutes to go in this speed-dating, we weren’t all going to get our three minutes with the big publisher. I just made it. The editor’s skin glowed. Her job must suit her, I thought, and right now I wish it was mine. She was attentive, as she had been to all the ones before me. She asked a pertinent question about my approach to the tangle of material I was reeling off. It was going okay, I thought. Then I heard ‘ambitious’, a code word perhaps? Definitely. Politely, sympathetically, even ruefully, she told me her publishing house was too commercial for my project. My time was up; the blonde was next, with her raunchy offering to round off the event. That lucky editor’s head must still be spinning.

This was literary speed dating. A motley collection of wannabe writers, mainly women, some lugging shopping bags with their manuscripts, stood around in a bland hall waiting to sell their projects. Heart rates were high to start with, gradually lowered by the camaraderie of strange competitors. We practised on each other, then chatted, till the bell rang again, signalling our turn for a three-minute date. My first went quite well. I didn’t choke up; I think I got the idea across. We had a convivial chat all in 180 seconds! The second meeting seemed okay too. He asked if I had finished the manuscript. Not quite, I replied, immediately regretting my honesty, then thinking such an enquiry could be a hopeful sign? I wanted to think so. But as I went back into the bustle of late Friday afternoon on Broadway, I felt utterly drained. I’m still waiting for the call.