The Oxford Comma: usage in Australia 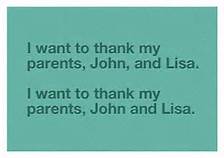 In my classes, I am quite often asked about the Oxford comma. When the question comes, others ask what on earth is that? The Oxford comma, because it was traditionally used at Oxford University Press, is also known as the serial comma and comes before the penultimate item in a list:

I don’t think you need this comma. It might even cause some confusion, suggesting that the word ‘leaves’ is a verb rather than another item the wombat eats.

In Australia, most of us were taught NEVER use a comma before ‘and’; in other words, don’t use the Oxford comma. But what if the wombat eats shoots and roots, and also eats a different category of foods like bananas and mangoes? Then a comma might help:

In captivity, the wombat eats shoots and roots, and bananas and mangoes.

In the United States the Oxford comma is alive and well. Nearly every list I saw on a six-week trip across the continent contained a comma before the ‘and’ at the end of a list. This prevalence surprised me, for in so many other ways – take spelling and pronunciation – the Americans do not emulate Oxford English. A poll conducted in 2014 asked 1,129 Americans which sentence they thought was grammatically correct:

It’s important for a person to be honest, kind and loyal.

It’s important for a person to be honest, kind, and loyal.

Fifty-seven per cent were for the Oxford comma. As the authors of the poll reported the split in the result probably originates at school where grammar was taught as a set of incontrovertible rules: don’t start a sentence with ‘and’ or ‘but’; never use a comma before ‘and’, etc..

For me there’s only one rule: use punctuation to aid clarity. So when the Oxford comma helps, go ahead and use it, and when it doesn’t, save yourself a keystroke.

2 thoughts on “The Oxford Comma: usage in Australia”