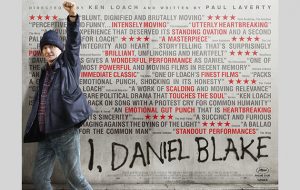 I watched Ken Loach’s film I, Daniel Blake again recently. Again, I cried. A sick bloke with talent and decency ends up dead before he can argue his case to be treated not as a client, customer, service user or national insurance number but as a citizen, no more no less. Surely our citizens can expect more from governments and public servants than mindless process and indifference. In the age of automation ought not compassion be precious? In the age of big data, shouldn’t it be easier to tailor public services to the individuals who pay, or have paid, taxes?

Worrying about this reminded me of an exchange I had with Donald Horne in 1996. Our letters were prompted by an allegation in Brisbane’s Courier-Mail that the historian Manning Clark had acted as a covert ‘agent of influence’ on behalf of the Soviet Union. There was no evidence to back the claims: fake news is not new. It was also the time of the first rise of Hansonism. I was angry that the Howard government was not standing up against ignorant racism and intolerance. Horne wrote back:

I keep having this fear that Australia (well – not Australia, but some bits of its public culture) will suddenly go mad, as the hidden rises to the surface – without the appropriate denunciations from the guardians.

Today, Horne might have concluded that the lunatics have taken over the asylum.

What has caused the malaise in our polity and how we might do things differently is the subject of a two-part essay published in Pearls and Irritations.